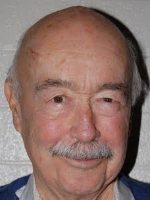 Bob Jarvis has been involved in a wide range of roles in track and field since the middle 1950’s, as a meet announcer and presenter, as well as promoting and selecting athletes for major events. He’s perhaps best known nationally for being the announcer for the Golden West Invitational for the past 48 years – the longest running post-season national level high school meet in the country – having called historic performances such as Michael Carter’s still-standing legendary shot put record. He also served for many years as the Golden West selection committee chairman and as a member of the meet’s board of directors.

Jarvis has also announced numerous district and section high school meets, the California State meet three times, and has worked as a member of the announcing team for two Olympic Trials and five NCAA meets. He has long been interested in the statistical and historical side of high school track. His efforts in those areas were recognized when he received the Don Potts award for statistical contributions to the sport. He was also a recent recipient of the Scott Davis award for excellence in announcing, given by the Track & Field Writers’ of America.