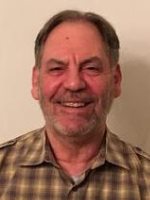 Jack Pfeifer has contributed to the sport of track and field as a coach, statistician, journalist and meet director. He has served as a writer and/or editor for the Seattle Times, Eugene Register-Guard, Baltimore Sun and New York Times, and has been a correspondent for Track & Field News since the early 1960s. He is currently the president of the Track & Field Writers of America.

Pfeifer coached a high school track team in Seattle in the 1970s and currently stages indoor meets as the director of college track and field for The Armory in New York. He lends a hand every spring assembling the Penn Relays. His special interest is the history of U.S. high school girls track. Pfeifer is a University of Washington graduate and resides in Portland, Oregon, but spends several months a year working out of New York in his work for the Armory.