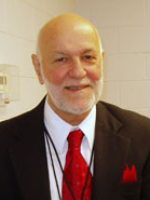 Jim Spier is the Executive Director of the NSAF and has been involved with track and field since the late 1950s, serving as a meet director, statistician and public address announcer. He formed the NSAF with the late Mike Byrnes in 1990, which has grown to owning the New Balance Nationals Indoor and Outdoor, the Great American Cross Country Festival and HBCU Challenge (all of which he directs), and developing the Caribbean Scholastic Invitational, Iron Wood Throws Classic, American JavFest, Project Javelin Gold and Project Triple Jump. Spier was voted Meet Director of the Year in 2007 by the U.S. Track Meet Directors Association. Other honors and awards include receiving the 1988 U.S. Olympic Committee’s Jesse Abramson award for service to track and field, being Honorary Referee at the 1992 Penn Relays Carnival and the 2014 F.A.S.T. Don Potts Award for contributions to the sport.

Spier has also been a correspondent for Track and Field News since 1962, including a stint as its HS Girls editor. In the 1970s, he worked with Byrnes in putting on major meets on Long Island, his original home, and then both teamed with Tracy Sundlun in 1984 to put on the Pathmark National Scholastic Classic (now NBNI). In 1991, Spier and Byrnes founded the first ever national prep outdoor championship. He is a member of F.A.S.T. and A.T.F.S., the national and international track and field statistical groups and T.A.F.W.A. (Track and Field Writers of America). Spier has announced for the Millrose Games, USATF Juniors, USATF Indoor Championships, NCAA Division 1 Outdoor Championships and the 1992 IAAF World Juniors, among others. He is a graduate of the U. of Missouri (1966) and worked for more than 35 years as an independent computer consultant. He currently lives in Chapel Hill, NC.