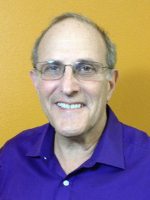 Tracy Sundlun has been a leader and innovator in track and field and distance running for more than 40 years, at the forefront of many of the sports’ advances. He was the original meet director of what is now known as New Balance Nationals Indoor, from 1984 to 1997, and is one of the founding board members of the National Scholastic Athletics Foundation. He is best known as one of the founders of the Rock ‘n’ Roll Marathon Series in 1998, which grew to 29 events in 15 states, Washington DC, and six other countries, with over 500,000 entrants annually.

Tracy was the original leader in 1974 of the effort to introduce chiropractic at the Olympic level in the sport; then in 1980, he initiated the first test case which led to professional running with prize and appearance money. He’s also been a coach, including at Georgetown, Colorado and USC, and has worked with more than 100 Olympic-level athletes from 15 countries. In 2015, Tracy was inducted into the Running USA Hall of Champions, and was named “One of the 50 Most Influential People in Running” by Runner’s World Magazine. In 2016, he served as the head manager for the U.S. men’s track and field team at the Rio Olympics.