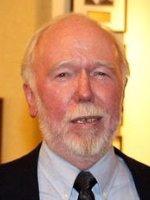 Walt Murphy has chronicled the sport of track and field as a writer, publisher and media consultant for more than 40 years. He has been the Track and Field News Relays Editor since 1974 and began publishing Eastern Track in 1977 — covering the sport in roughly the Northeast quarter of the country at levels from the preps to the pros. He expanded his repertoire in 1985 with the launch of X-Country X-Press. His most recent endeavor is “This Day in T&F”, a feature that delves into the history of the sport on a daily basis.

Murphy’s high-level of expertise became so widely recognized that he was hired as a researcher and advisor by NBC, ESPN and others, and has now worked the past eight Olympic Games with NBC (since 1988).  He might be best known, however, for the incredible Penn Relays preview he has published since 2002. It has been generally acknowledged as the gold standard for major meet previews in the sport. Among the awards Murphy has received are 4 Emmys for his TV work, as well as the Jesse Abramson, Stan Saplin, and Cordner Nelson Journalism Awards. First and foremost, Murphy, like the other members of this committee, is a fan of the sport and has attended every Penn Relays since 1964 (he ran in 1961) and every Millrose Games since 1958.