It was clear fairly early on that Chandra Cheeseborough might be a pretty good athlete. Born to two athletic parents and growing up behind an older sister who jumped 5’7” as a prep in 1970, she couldn’t help but be encouraged and inspired. But no one could have known she would become a national record-holder, international gold medalist and Olympic finalist before her 18th birthday. The good genes and family support, plus obviously exceptional talent and a fortuitous connect with one of America’s greatest coaches would be a winning combinational for the Jacksonville teenager.

Cheeseborough started running fast and winning in junior high school track and by her final year there, she anchored her school’s BOYS 4×100 relay to the 1974 county title. That summer, through a connection forged by a cousin and church pastor, she went to Nashville to train on a summer AAU track team with the legendary Tennessee State Tigerbelles Coach Ed Temple – a summer that would include a successful AAU Junior Olympics in Nebraska.

Entering Jean Ribault High School as a 10th-grader in 1975, really at the dawn of high school girls’ sports, Cheeseborough became the nation’s best prep sprinter and won the first 2 of 7 Florida state titles in the 100, 200 and long jump. At the AAU Juniors, she was runner-up in both dashes to older teen sensation Brenda Morehead and chosen for the Pan American (senior) Champs in Mexico City – where she won 4×100 and 200 gold, setting a 22.77 HSR in the latter that would last 17 years.

“Cheese” was even better as a junior in 1976 with an Olympic dream in her sights. She won the senior AAU 100, then at the Olympic Trials was again 2nd to Morehead in both dashes – with a sizzling HSR 11.13 in the century. It was on to Montreal with future TSU teammates Morehead, and fellow prep Olympian Kathy McMillan. She would make the 100 final and place 6th and run on the 7th-place 4×100. As a senior in ’77, she finished her epic prep career with 11.56 and 22.89 marks and a pair of bronzes at AAUs.

At TSU and beyond, Cheeseborough had more than a decade as one of the nation’s (and world’s) top sprinters, winning several U.S. titles and earning top 10 U.S. rankings almost every year. The U.S. boycott put Olympic dreams on hold in 1980, but when the Olympics returned to L.A. in 1984, Cheeseborough was golden. Moving up to 400, she set an American record in the Trials (49.28), then improved her PR to 49.05 in taking silver in the Games. On top of that, she won golds on both 4×100 and 4×400 relays.

After retiring on the track, she went into teaching and coaching, returning to her alma mater TSU in 1999, where she continues to coach today. 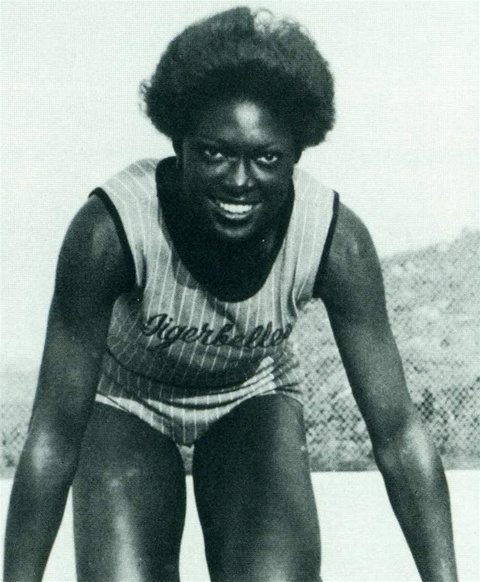 In 1976, she set the World junior record at 11.13 seconds by placing second at the U.S. Olympic trials, she then placed sixth in that event at the Montreal Olympic Games, all while still in high school. 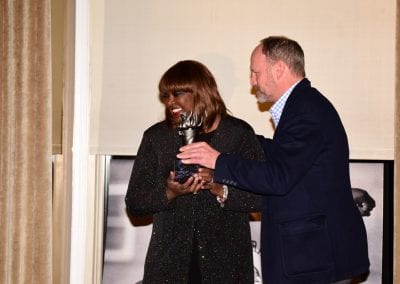 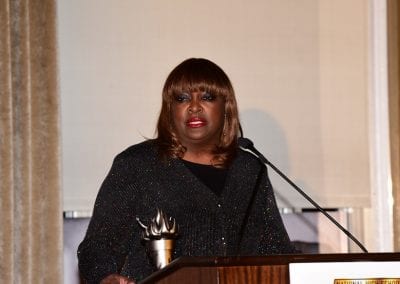 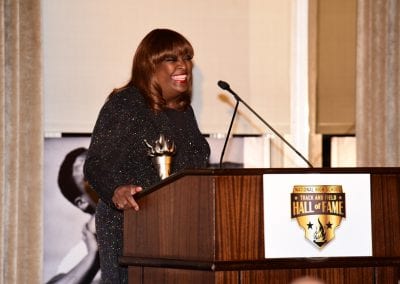